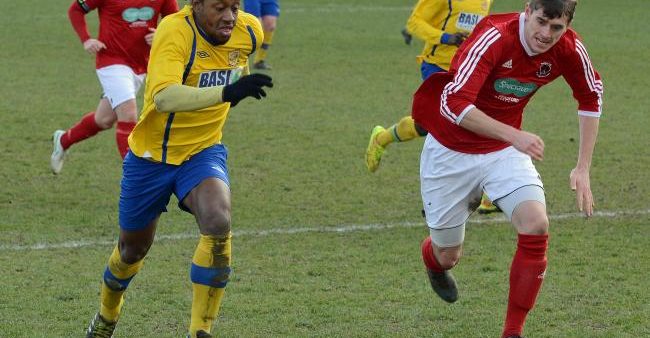 ALBION Sports were victorious in their FA Vase First Qualifying Round tie at the weekend, winning their Bradford District derby clash at Silsden 2-1.

All the goals came in the second half, with Jamal Stewart’s 77th minute strike proving decisive.

Lee then had to make a superb save to thwart Jayden Sandhu, before Clarke had to be at his best to stop Jack Normanton from opening the scoring for Silsden.

The Cobbydalers raced out of the blocks in the second half, with Jagger and Joe Mitchell both firing efforts just off target.

But Albion took the lead against the run of play on the hour mark, with veteran Danny Facey breaking the home side’s high line to slide the ball past Lee.

Facey should have doubled the visitors’ lead almost immediately afterwards but fired over with the goal at his mercy.

And that proved costly, with Mo Qasim equalising after slotting home Normanton’s cross.

Normanton and Stewart both thrashed efforts over the crossbar, before the latter gave his side the lead with 13 minutes remaining.

Robbie Fox broke down the right, before crossing for Stewart to fire beyond Lee.

Sandhu wasted a good chance to make it 3-1, before Craig Billington thought he had equalised for Silsden, but the goal was disallowed for offside.

Lee almost scored a sensational equaliser for the Cobbydalers in the dying seconds, but he just failed to turn the ball home at the back post, and Albion could celebrate victory.

With 22 minutes to go on Saturday, Steeton were 4-1 down at West Allotment Celtic and facing a heavy defeat in the Vase.

But a Kayle Price brace, as well as a Luke Baldwin strike, got the Chevrons level at 4-4 in the 88th minute.

West Allotment thought they’d stolen it with a fifth in injury time, only for Tyler Marsh to net a last-gasp equaliser to make it 5-5 and take the game to penalties.

But Steeton missed their first and last spot-kicks, as the Celts emerged as 4-3 winners from the shootout.

Campion’s clash at home to Newton Aycliffe was almost as dramatic, as late goals from Aidan Kirby and Mark Ferguson pulled the score back to 3-3 at full-time.

Sadly for the Bradford side, the visitors prevailed 3-2 in the shootout.

It was a much quieter afternoon for Eccleshill United but they went through with a good 2-0 win at Crook Town courtesy of goals from Jonny Irving and Sumaili Cissa.

In the Northern Premier League East Division, Liversedge made it seven wins from seven with a 2-0 home win over Dunston, while Brighouse Town could only draw 1-1 with 10-man Pontefract Collieries.