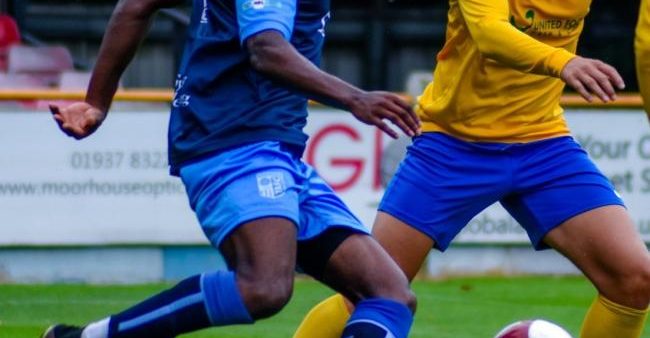 It will be the first time Ishy Hussain’s new look side take to the field competitively and the Albion boss is excited for what is to come.

They’ve also brought a handful of youngsters through the door after a number of senior players departed the club following the closure of last season.

And manager Hussain is delighted with the additions to his side ahead of the new campaign.

He said: “I’m extremely happy with what we’ve got.

“From what I’ve seen early doors, the young lads we’ve brought have so much potential and I’m really excited to see what they are going to show to me and the management team.

“The squad is looking really good and I as pleased that we also managed to get a few experienced players in who have played at that level before.

“It’s a good mixture of players and pre-season gave us the chance to replace the players that we’ve lost.

“We’ve managed to replace those players with younger lads with a bright future. We’ve had an opportunity to ave a look at them and we’ve certainly liked what we’ve seen.”

With a difficult past year for all community and semi-professional football, Hussain is hoping for things to find a way of getting back to normal.

He said: “Fingers crossed we can have a normal season this year but you never know. We are not in control of the situation and only time will tell.”

Albion host Grimsby Borough this weekend- a side they lost to in their previous meeting but Hussain is hoping his side can get off to a flyer.

He said: “The last time we faced each other, it wasn’t the best experience for us so we are hoping to put that one right and get off to the best possible start.

“I am quietly confident with the players that we’ve got that we can get the job done.”

Hussain added: “It’s always nice to get off to a good start and kick off the season in style.

“If you get that early win and can give you that early confidence boost to push on and achieve your goals.

“I think for the season, like everybody else would probably tell you, it would be nice to finish as high up in the table as possible.

“A top ten finish would be good.”

Like Albion, other temas have been putting finishing touches to their sides for the new season.